Stephen Colbert Delivers Blistering Takedown Of Ivanka Trump: ‘WHAT DO YOU DO?’ 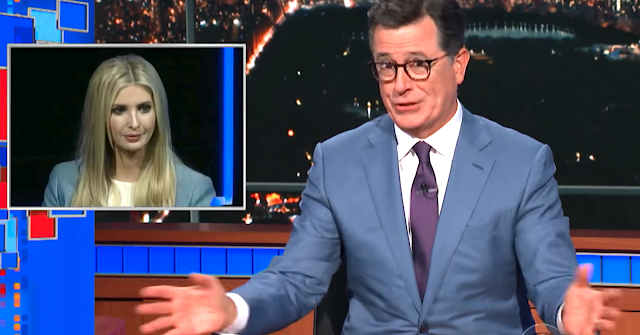 “The Late Show” host mocked the first daughter’s claim that separating families at the border was a “low point.”


Stephen Colbert unleashed a fiery torrent of criticism of Ivanka Trump on Thursday’s broadcast of “The Late Show.”
The comedian picked apart Trump’s Thursday interview at an Axios event, during which she said family separation at the border was “a low point” for her.
“But somehow I got through it by doing nothing,” said Colbert, imitating President Donald Trump’s daughter and senior adviser.
He skewered Trump over her responses to questions about the media being “the enemy of the people” and her “high point” of her job.
He saved his fiercest critique for last, trashing Trump’s claim that she’d helped GOP lawmakers pass tax reform.
“You helped Republicans pass tax reform the way my nephew helps me mow the lawn with his bubble mower,” said Colbert. “Really? What did you do? WHAT DO YOU DO?”
News